Article - Around The World With Our Actors

In this instance the client requested British actor/facilitators, as although the candidates work predominantly in India, they were looking to develop their global reach to the UK. One of our actor/facilitators, Holly Atkins, was sent to Delhi for a whirlwind 48 hours. She and her colleagues delivered a scripted performance to engage the candidates with the concept of drama-based training and share different styles of negotiating and influencing in order to stimulate debate. She then proceeded to roleplay a particularly difficult stakeholder so that the candidates could individually practice their influencing skills. Finally, she delivered bespoke coaching sessions before the candidates’ final presentation in front of a different key stakeholder. 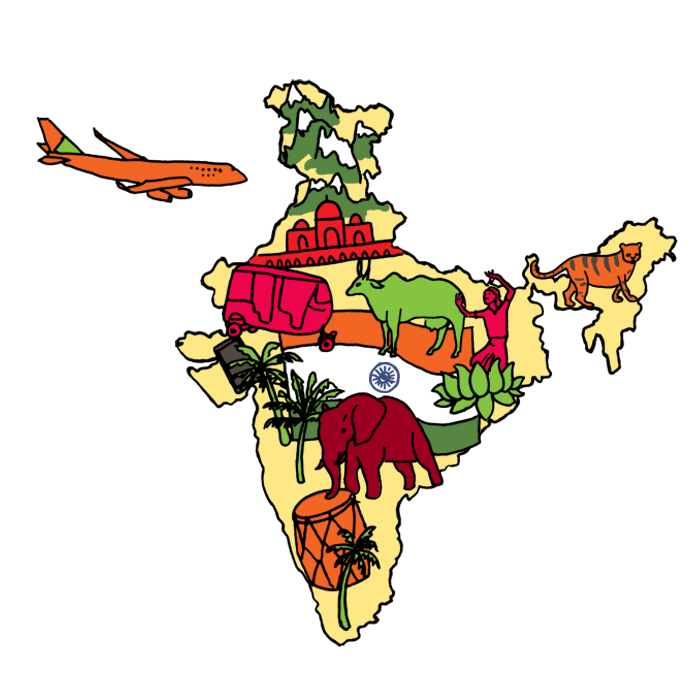 Holly still, however, found time to get a taste for Delhi…

“Nothing prepared us for the incredible reception we received in India. The candidates were so engaged and committed to the training. They seemed absolutely thrilled that the firm was prepared to invest in their people by sending out two role-players to conduct the training.

We had a little bit of time to immerse ourselves in the cuisine and culture whilst we were there too: I’m a big fan of Indian food, but have never been to India before, so it was a real treat. I had masala dosa for breakfast at our wonderful hotel – heaven. The firm really took care of us, especially at lunch-time: a thali in the office canteen on the first day, and a delicious Southern Indian curry for lunch on day two. And I became rather addicted to masala chai, also from the firm’s canteen, which was on the 9th floor of a sparkling modern skyscraper.

Despite the ultra-modern surroundings, the tea was served in cups made of dried, intricately patterned mud, as is traditional. In a way, this sums up my whole experience there: the surprising juxtapositions of ancient and modern.

When we finished, they gave us each a present. I’ve been an actor/facilitator for 15 years, and this was a first for me! I was given a beautiful carved wooden elephant, with a tiny baby elephant inside it – all carved from a single piece of wood (what a feat!) It has taken pride of place in our sitting-room and my (two-year-old) son is hypnotised by it – he clearly identifies with the baby, and keeps telling me the big elephant is “like you Mumma”! I’m taking it as a compliment…..

When we finished work on Friday, my colleague and I dashed into the centre of Delhi on the metro then jumped in a rickshaw (12 lanes of traffic, no road markings, exhilarating chaos!) to the Red Fort, where there was a festival of Indian culture. We listened to live music, wandered through some traditional craft stalls, marvelled at the huge tableaux representing each region of India and feasted on delicious street food. We then jumped in another rickshaw and absorbed the atmosphere and sights and sounds of this 24 hour city on a quick tour, seeing some of the slums as well as the colonial architecture of Connaught Place and raced past a branch of McDonalds proudly announcing the ‘Maharaja Mac!’ Then it was a dash back to the hotel to gather my stuff and head to the airport.”